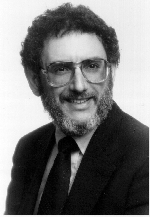 Rabbi Mark S. Shapiro was born in Chicago. He did his undergraduate work and received his B.A. from the University of Chicago. In 1960, Rabbi Shapiro received his Master of Hebrew Letters, with honors, and a rabbinic ordination from Hebrew Union College-Jewish Institute of Religion, Cincinnati, OH. He began his rabbinic career with Temple Beth Zion of Buffalo, NY and served that congregation for two years. He received his honorary Doctor of Divinity Degree from Hebrew Union College in 1985.

He is a past president of the Glenbrook Clergy Fellowship and the Rabbinical Fellowship of the Northwest suburbs. He has served as Chairman of the Rabbinic Advisory Committee to Olin-Sang-Ruby-Union Institute. In 1982, he visited refuseniks in the Soviet Union and is a part of the Chicago Action for Soviet Jewry.

Over the Years, Rabbi Shapiro has inspired and influenced many of BJBE's young adults to pursue Rabbinic and other Jewish related careers.

The Searcher's Program, which Rabbi Shapiro initiated, is now being pursued in other congregations by the Chicago area as well as across the country. 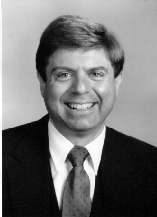 Cantor Cory Winter, a native of Chicago, received his Bachelor's Degree in Music from the University of Wisconsin--Madison and his Master's Degree in Music from Northwestern University, where he was assistant to Margaret Hillis, the renowned conductor of the Chicago Symphony Chorus. He was Chorus Master and Assistant Conductor of the Sacramento Opera for ten years. He founded and conducted the Bay Area Jewish Chorale for the Northern California Board of Cantors, of which he is a Past President.

Cantor Winter studied Chazanut with Max Janowski and Todros Greenberg and is a member of both the American Conference of Cantors and the Cantors Assembly. During his career, he has served both Reform and Conservative synagogues and seeks to combine the best of both traditions in his chanting.

As a soloist, Cantor Winter has appeared with several orchestras, including the Chicago Symphony Orchestra and the San Francisco Symphony Orchestra on numerous occasions. He appeared as soloist with the Oakland-East Bay Symphony in the Sacred Service by Ernest Bloch and received much critical acclaim. Most recently, he appeared as soloist with the San Francisco Symphony in its June American Festival under the direction of Michael Tilson Thomas.